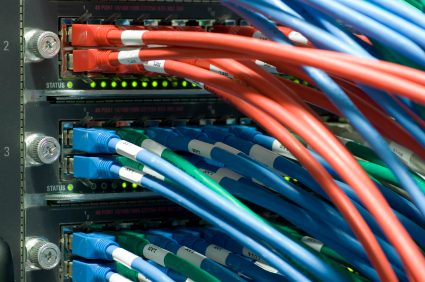 The security of the network can be improved by reducing both internal and external threats with VLANs. Internally, by assigning different groups of users to different VLANs, users can only access the network applying to their own responsibilities and sensitive data will be protected from unauthorized people. External threats are also reduced. When an attacker can gain access to one VLAN from outside, the other VLANs still cannot be accessed since they are separated from each other.

VLANs are covered in depth in the CCNA course.

VLANs can increase the number of broadcast domains and help manage broadcast traffic such as ARP, DHCP and routing protocols. Broadcast traffic will not be passed to other VLANs so that the network traffic is reduced and the apparent bandwidth for users is increased. Moreover, the CPU utilization of the switch is also reduced as less traffic is processed.

Another benefit of VLANs is that it simplifies management. By logically grouping users into the same virtual networks, it is easier to set up and control policies at a group level. When users physically move workstations, they can remain on the same network with different equipment. Conversely, when users change teams but not workstations, they can easily be given access to the new VLANs of the new teams. In addition, if the company expands with more employees, and a new switch is added to the network, the IT staff can simply configure the new switch with the same VLAN settings by using VLAN Trunk Protocol. It is unnecessary to change the ports of the existing switches.

If you need to learn more about VLANs and how it can secure your network, attend the Cisco courses at Logitrain, the CCNA training course is an ideal starting point.