RIP Protocol – Do We Need It 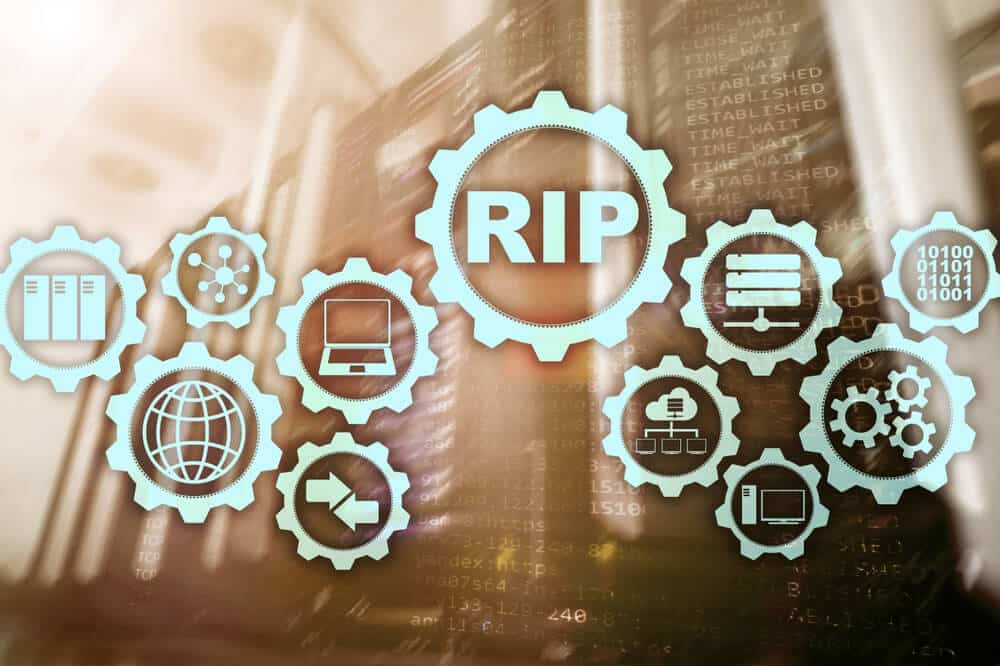 Routing Information Protocol (RIP) is a distance-vector routing protocol. Meaning it does not take into account the quality of connections when deciding the best path for packets to be transmitted over. RIP uses a counter of the number of router hops between a router and its destination. Because of some of its disadvantages, RIP is not used on large networks.

RIP broadcasts its entire routing table every 30 seconds regardless of topology change, this is disadvantageous as it increases the routing overhead in a network, increasing router workloads and hogging bandwidth. RIP also has a maximum hop count of 15, this makes any route with a hop count greater than 15 unreachable. These factors make RIP highly unscaleable as sending an entire routing table, with more routes meaning more packets causes router interfaces to be flooded with routing updates.

Compared to the capabilities of other routing protocols like Enhanced Interior Gateway Routing Protocol (EIGRP) and Open Shortest Path First (OSPF), RIP’s inability to scale to larger networks is evident. RIP has a slow convergence time because of its inefficient routing table update method, while EIGRP and OSPF can update their routing tables much faster and more efficiently.

RIP’s use of the distance-vector or Bellman-Ford algorithm to route packets can also cause packets to be sent over less optimal routes as it chooses the lowest hop count route instead of EIGRP or OSPF, that choose the fastest route according to bandwidth metrics.

There are other features or lack of features, that leads to RIP not being commonly used such as its lack of Variable Length Subnet Mask (VLSM) support and lack of discontiguous network support. Meaning networks are limited to classful subnets and cannot route through a different classful network to reach a network of the same class. However, RIP version 2 corrects this problem and supports VLSM as well as discontiguous networks.

RIP is an older routing protocol that is outclassed by newer routing protocols such as EIGRP and OSPF because of its lack of features and disadvantages. However, it is still a routing protocol that can perform well in smaller networks due to its simplicity. But in larger networks, its inability to scale could cause networks to be overloaded with the sheer amount of routing updates. In these cases, protocols such as EIGRP and OSPF can cover these inadequacies and perform better than RIP.