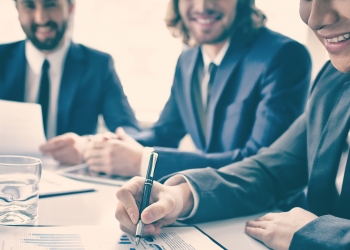 Why organisation hire a Business Analyst?

Is a Business Analyst required for the success of a project?

How the overall cost could have reduced? How customer satisfaction could have improved? How the effort on rework could have been avoided? And so on……

Business Analysis is often a neglected area in every IT sector as companies assume they do not require a separate role or person for the job. In most companies (including my previous company), the Project Manager is the one who also juggles his role as a Business Analyst. Eventually, when review of a project is done, it is discovered that most of the problems occurred due to lack of proper understanding of business perspective and that a lot of effort and time could have been saved if more time was spent on understanding the business needs and considering different stakeholders perspective. As a Project Manager’s role needs to be involved in a lot of tasks, it is best to have a separate role of a Business Analyst to clearly interpret the client’s requirements and provide benefit, both to the business as well as the supporting organisation.

Below are few benefits of having a Business Analyst role in an organisation:

As mentioned earlier about my previous company, where the project manager’s role was combined with the business analyst role, they very soon realised that by doing so, they were not getting benefitted out of it, as the Project Manager had lot of other responsibilities to deal with and hence couldn’t find much time to analyse on the requirements specified by the client. This resulted in a lot of rework and customer dissatisfaction. After proper review, a new Business Analyst was introduced into the team to effectively manage the overall business perspective of the project and maintain a good relationship with the clients. No doubt, the next project was more successful and they were happy that in spite of the initial cost of a new role, there was an overall cost reduction.

It has even been researched on many IT companies and the result shows that having a separate Business Analyst role with the accurate skills is a plus for the organisation as well as the business. It has also been advised to have a separate person for the role and not to combine with other roles to effectively reap all the benefits.