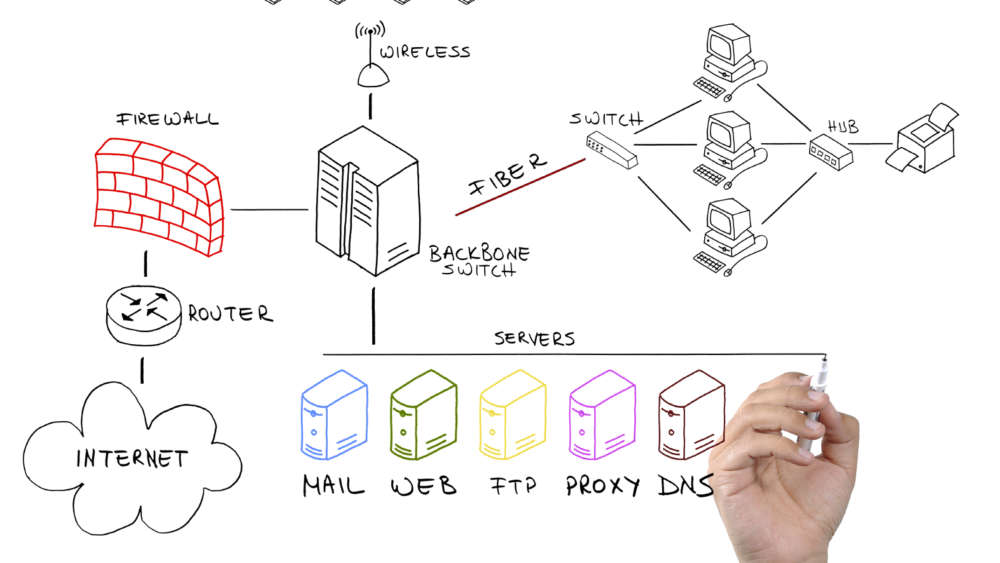 Server Manager: User the Windows Server 2012 Server Manager dashboard, you can effortlessly manage multiple servers from a single system, categorising together functionally matched systems (for example domain controllers or web servers) rather than having to handle each one independently. Server Manager is covered in-depth in Logitrain’s MCSA Server 2012 certification course.

Server Core: While the GUI-free Server Core interface also subsisted in 2008, it’s much more flexible Windows Server 2012. You can add and remove a GUI interface as wanted, making it stress-free to set up a system with it in place and then remove afterwards. The graphical interface is something you can add or remove at any given time. The key advantage of Server Core is that depriving out non-essential elements creates the procedure of patching the server much calmer; no Internet Explorer means that no IE patches for instance.

Storage Innovation: While the transference to SMB version 3.0 and the creation of Storage Spaces are understandable highlights, It is also pointed out the improvements to file system error checking and the aptitude to automatically classify content as highlights. When drives collapse, Chkdsk is now a two-stage process. First recognising errors and then taking systems offline for repairs that sorts the process much speedier. Eight seconds is the lengthiest it will ever bring a volume offline. Auto classification rules for fresh content mean policies can be directly applied. For occurrence, if a document is created that comprises a tax file number, it can immediately be classified as comprising personal identifiers and labelled accordingly to ensure compliance.

Active Directory: One of the highlights of Windows Server 2012 is the capability to virtualise domain controllers as one great profit. Key management is also much easier if you’re domain-joined, you can install and manage licenses much more straightforwardly. The MCSA Server 2012 course covers Active Directory and its components in great detail.

Remote Desktop Services: While RDS qualities existed in Windows Server 2008, they were complicated to implement. The “quick start” guide scuttled to a full 50 pages. In Windows Server 2012  the process has stood automated to a handful of clicks. That makes RDS much more feasible for circumstances where full VDI would be overkill. VDI is prodigious for power users and developers, but for a task worker you don’t requisite VDI. RDS can also now be coped from Server Manager, and permits the creation of templates. Other improvements comprise the ability to assign a remote GPU in VDI environments.

Looking to get Windows Server 2012 skills, then attend the MCSA Windows Sever 2012 training course at Logitrain and excel in server administration.