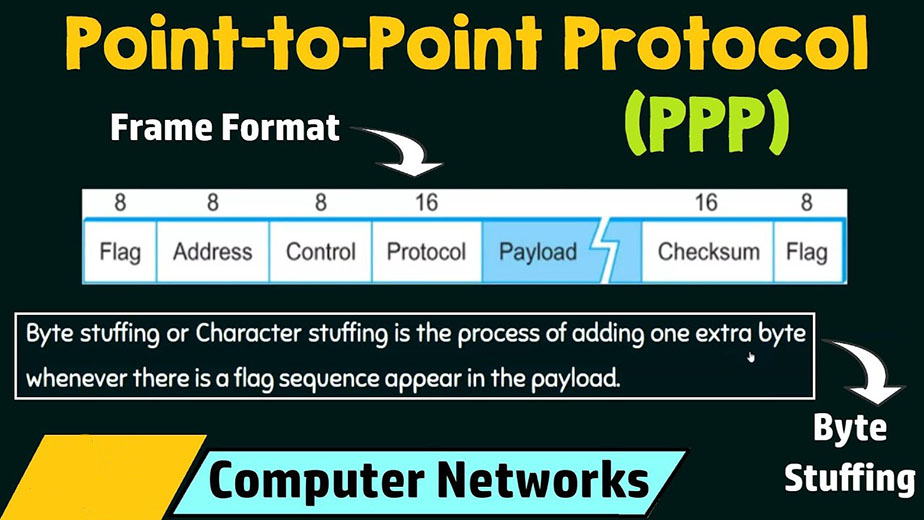 PPP, point-to-point protocol is a layer 2, data-link layer protocol. It offers a lot of benefits that HDLC did not bring. One of which is that it’s vendor-neutral. You can use Cisco, you can use F5, you can use whatever vendor you choose and run PPP, configure PPP, and it will communicate. PPP uses a network control protocol field. It’s there to identify the routed network layer protocols, such as IPv4, IPv6, AppleTalk and so forth. So, you can use several protocols that can be encapsulated within PPP and that’s an objective of the NCP field within PPP.

Now, it does bring some wonderful features such as authentication and dynamic addressing. Now this doesn’t happen automatically. This is something that you have to configure, but it’s an option or feature that we have with PPP. Imagine taking a bunch of T1s and just putting them together as one or say Multilink. So, this is a great feature that is used with PPP.  Network control protocol deals with Layer 3 and the link control protocol is at Layer 2. So, PPP is actually performing at both layer 2 and layer 3.

Now two main components that you really need to be aware of. The first one, LCP. Link control protocol which offers the authentication, compression, error detection, Multilink and callback. Without LCP, you won’t be able to create the link. The second one you need to be aware of is NCP which allows for simultaneous use of multiple network layer protocols. An example to give you for that will be a dual stack situation, where a company is running IPv4 and IPv6. So, you can dual stack IPv4 and IPv6 across a wide area network using PPP. So, the first thing it does is it establishes link. It makes sure that it authenticates, then it takes a look at which routing protocol they are using.

Now, the authentication methods, there are two authentication methods used in conjunction with PPP. First is PAP which is clear text. The second one is CHAP. This is preferred over PAP because it’s using an MD5 hash, so the encryption is going to be pretty big and strong. And finally, the configuration of PPP. So, the first thing you do, is to create a username and password in global configuration mode. But the username is the host name of your neighbour router. And they have to be identical, also remember they are case-sensitive. The second step is in the interface configuration mode, you have to change the encapsulation. Because by default, it is set to HDLC, so you have to change it to PPP. And the third step and final step, at least for the basic configurations of PPP, is to enable the authentication using CHAP or PAP, or if you want to use both. But CHAP will be the preferred method.