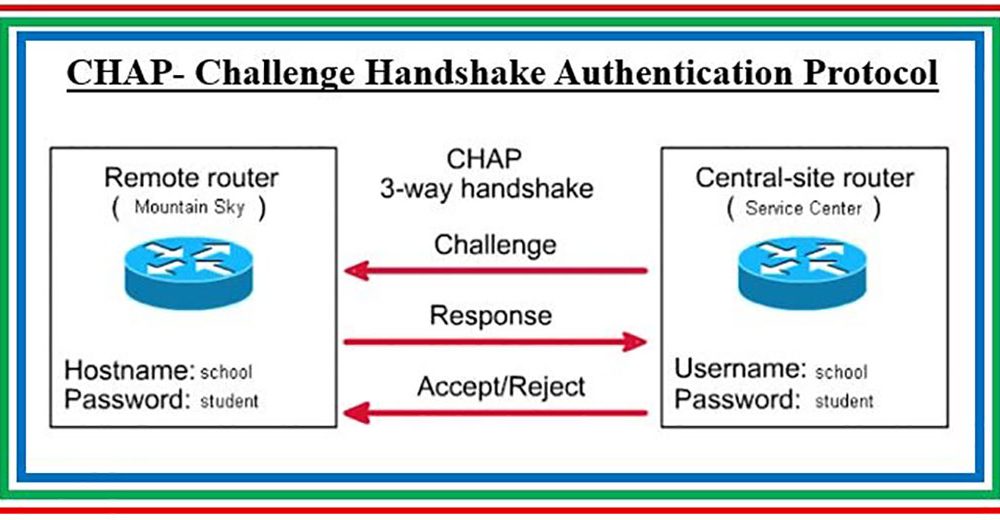 Once LCP (Link Control Protocol) process has completed, and CHAP is negotiated between both devices, the authenticator sends a challenge message to the peer.

The authenticator checks the response value and its own calculated hash value. If the values are same, the authentication is successful or else, the connection is terminated.

Challenge handshake authentication protocol offers protection from the replay-attacks by an intruder through the use of an incrementally changing identifier and a variable challenge value. Challenge handshake authentication protocol provides better security management as compared to Password Authentication Protocol which is vulnerable to attacks as it sends password in clear text format, over the network which makes it easy for intruder to see the password. CHAP is an authentication method used by Point-to-Point Protocol (PPP) servers to verify the identity of their remote clients. CHAP periodically checks for the identity of the client by using a three-way handshake mechanism.