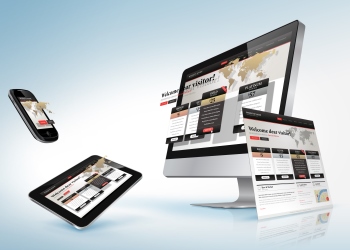 Importance of OSI in understanding networking

Before we understand why OSI was developed let’s see what is a protocol. Most of them know that a protocol is something that is used by computers to communicate among them. Initially there was a proprietary protocol which was unable to communicate effectively among different manufactured devices in a network. It became increasingly difficult to use different devices from different manufacturers. This led to the birth of standard protocols. Open standards are not specific to any company and is common to all. This helped us to use a device from any vendor in a network.

For a network communication to work effectively open standard protocols became necessary which enabled devices using different software to co-exist. OSI is a reference model which explains how the information flows in a network. How the communication happens between two devices in a network.

It is basically a reference model used by applications to communicate over a network. It is called as Open System Interconnection because it is expected to help developers understand the importance of inter-operability of the software applications that they create. It is mainly focused on communication which is the basic forte of a network. OSI states that telecommunication usually flows through the seven layers of source computer and the network and then through the layers of the destination.

Let’s explore the seven layers through which this data flows:

By having seven layers it makes the job of a network administrator very easy as communication process can be segmented into smaller components which are easier to handle. Changes in one layer do not affect the changes in the other layers. As mentioned earlier, it helps different types of hardware and software components to communicate in a network. Troubleshooting and understanding becomes easier as the whole complex thing is distributed into smaller components.

There are many services that an OSI model provides to ensure effective data transmission in a network:

This conceptual OSI model provides as a standard reference for all data that needs to be transmitted in a network. We can see that without OSI model any data transmission would be difficult and since it is a standardized process, it makes it even easier to use it. With a lot of data that is being transmitted over a network without having the features that are mentioned above, it becomes a tremendous task. OSI model gives us the easiest option along with features like data security, simplicity and also helps in avoiding data redundancy.

Imagining a network without the OSI is very difficult to handle, especially for administrators who handle a lot of information flow within a network.